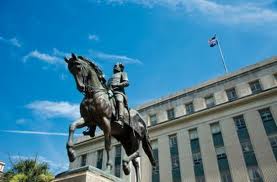 “From the start we have focused on bringing jobs to South Carolina and this focus has paid off for the people of this state – announcing 43,000 new jobs, $10 billion in capital investment, and projects in 45 of 46 counties over the past three years,” said Governor Nikki Haley. “Getting new companies to move here and encouraging existing one to expand takes a strategic and concentrated effort, but the entire state has proven what is possible when Team South Carolina works together.”

“South Carolina has proven its place as a manufacturing powerhouse as we outpace our neighboring states in manufacturing GDP,” said Bobby Hitt. “While we build on this track record, we continue to diversify our development strategy, with focus on technology and innovation, life sciences and logistics-related fields to grow the state’s economy.”

Commerce not only seeks to bring new companies to the state, it also helps existing businesses grow in South Carolina. While the recruitment of new companies led in job creation at 9,071 new jobs in the pipeline, the expansion of existing businesses in South Carolina represented more than half of new capital investment recruited to the state, at $2.8 billion.

South Carolina continued to recruit business to the state’s rural areas as well. In 2013, the state recruited 3,836 jobs to counties with Tier III or IV designation, comprising about a quarter of jobs being added to the state’s economy through business location or expansion.

Released in December, IBM-Plant Location International’s 2013 report recognized South Carolina, for the second year in a row, as the top per-capita recruiter of jobs tied to foreign-direct investment in the United States.

“With the adage in mind that ‘success begets success,’ we look to continue this very positive momentum into 2014 and beyond,” said Secretary Hitt.