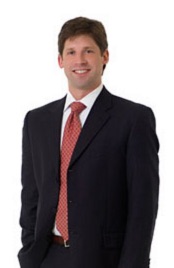 Elmore Goldsmith, P.A. has announced that Bryan P. Kelley has been elected a shareholder of the firm

Kelley joined the firm in 2009. He is licensed to practice in the federal and state courts of North and South Carolina. He represents general contractors, subcontractors, developers, owners and surety companies in construction and surety claims and disputes. He has served as a lecturer on a variety of construction industry topics for Carolinas Associated General Contractors.

Before joining Elmore Goldsmith, Kelley served as a law clerk to the Honorable J. Derham Cole, Resident Judge of the Seventh Judicial Circuit of South Carolina, and as an assistant solicitor for the Seventh Circuit Solicitor’s Office in Spartanburg, South Carolina.