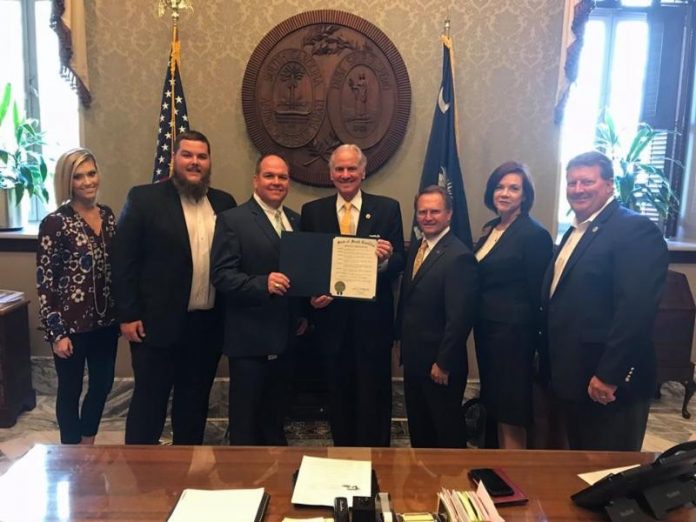 The Associated Builders and Contractors (ABC) of the Carolinas says South Carolina Gov. Henry McMaster has signed a proclamation designating October 2017 as “Careers in Construction” month.

Earlier this year, ABC Carolinas says it reached out to the governor’s office, working with the National Center for Construction Education & Research (NCCER) “Build Your Future” initiative. ABC of the Carolinas is a NCCER certified training center for apprenticeship and craft education.

“We strongly support the initiative to narrow the skills gap by placing America’s youth and displaced workers into opportunities that lead to long-term and rewarding careers in construction”, said Chris Bullard, ABC’s director of government affairs.

It’s estimated that there are 4.6 million job openings in the construction industry nationwide, with approximately 60,000 of those in the Palmetto State. Shifting the public’s negative perception about careers in construction is vital to the industry’s success, Bullard said.

“ABC of the Carolinas apprenticeship and educational programs provide a unique opportunity for individuals to grow as a leader and as a craft professional”, Jeff Morris, the association’s director of apprenticeship, said in a statement.