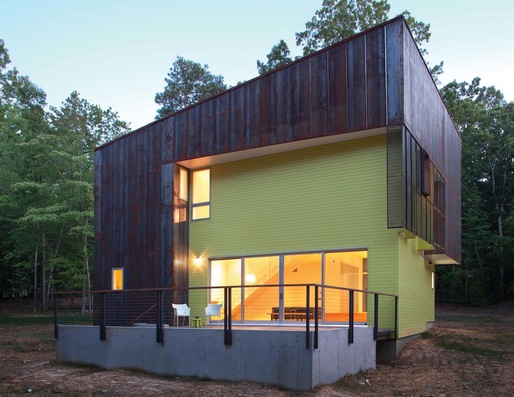 Eleven NC design awards and six chapter awards were announced during the 2012 Design & Chapter Awards Ceremony in Raleigh.  Spanning public, private, and educational design, this year’s design award winners showcase attention to detail and the relationships between buildings and their environments. Each project was carefully chosen by a jury composed of some of the nation’s most elite architects. These projects exceeded benchmarks for outstanding architectural design, structural composition, and application of design theory.

Design Awards were broken into two categories; honor and merit; with honor being the highest accolade. Other awards include the COTE Awards, and the Tower Awards. The COTE awards recognize the Committee on the Environment’s Measures of Sustainability. These awards are given to projects that contain well-designed solutions that exhibit an integration of natural systems and appropriate technology quantifying features. Tower Awards are given to projects that exemplify historic preservation and adaptive reuse in renovation, restoration or rehabilitation of a historic structure.

Chapter Awards are the highest honor given by AIA North Carolina. These awards recognize the best that North  Carolina has to offer with awards that include: the Firm award; the Gail Lindsey Sustainability Award; the Kamphoefner Prize; the William H. Deitrick Service Medal; and the F. Carter Williams Gold Medal. Winners are available for viewing on the AIA NC website, www.aianc.org. Read More.