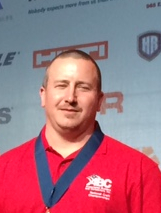 The Associated Builders and Contractors of the Carolinas (ABC) has praised the South Carolina House of Representatives for recognizing and honoring the state’s first ever National Craft Champion.

“We are proud to recognize Jesse for his outstanding accomplishments,” stated Rep Daning from the House Floor. “Jesse’s hard work and love for his craft and determination to be the best, deserve him of our praise.”

MOX Plant Projected to be Delayed Another Three Years