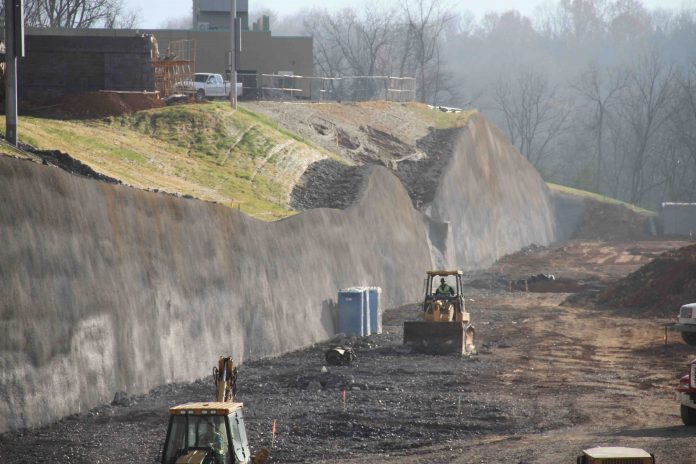 Formed in 1995 by three engineers, two structural and one geotechnical, Subsurface Construction Company LLC has grown over time to two regional offices, a staff of 35 and the capability of handling multiple, complex shoring and deep foundation projects at once.

The three founders started in the business as consulting engineers in Raleigh, NC, designing shoring systems for installation by contractors. Greg Sullivan, P.E., Subsurface’s managing member, says the group recognized that there were very few shoring contractors in the area, saw the market need, and launched Subsurface.

“We began in the shoring construction business by installing our driven soil nail walls, a unique shoring system that was developed by our company,” he said. 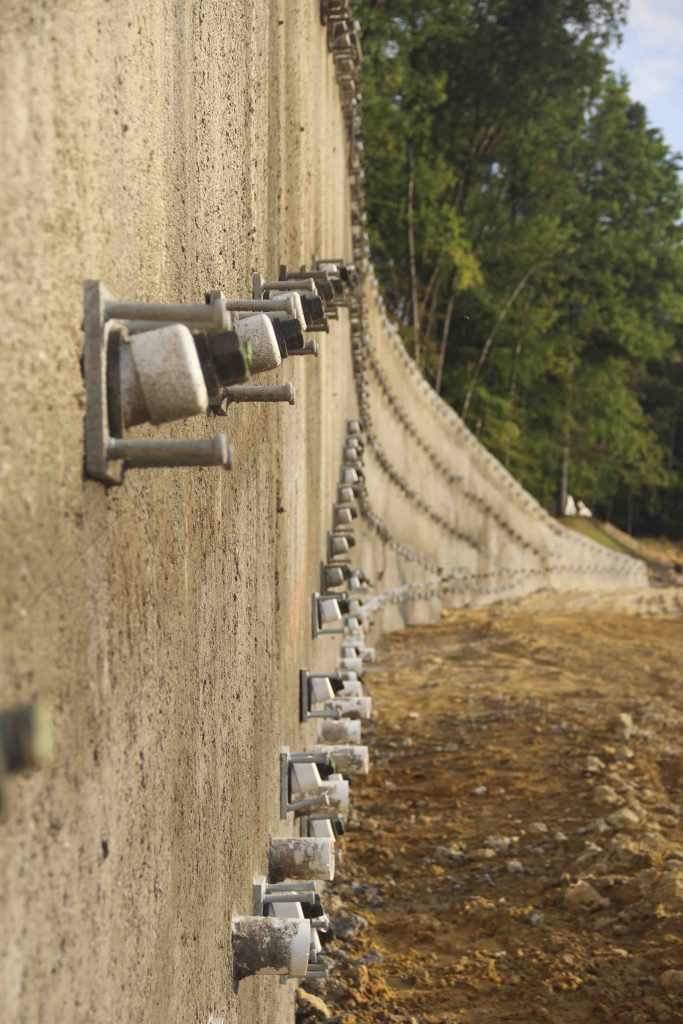 In 1999 the company was reorganized as a full scale design-build shoring contractor. Since that time, it has developed other shoring and deep foundation methods and now installs soil nail walls, soldier pile walls, underpinning, micropiles and aggregate piers.

Along with its increased capabilities, the company recently grew geographically. In addition to its office in Raleigh, a regional office in Greenville, SC was started in 2016 by one of the owners, Joseph Nixon. Between the two offices, Subsurface serves North Carolina and Virginia, as well as South Carolina, Tennessee, and Atlanta.

Sullivan says that one of the company’s advantages is its engineering strength. All project managers, regional managers and the preconstruction manager are geotechnical engineers with Master’s Degrees in Civil Engineering. “This gives us the ability to talk intelligently with other engineers on every stage of a project, as well as with our clients.”

An engineering background, for instance, means any manager can recommend rational solutions on the spot when working with project engineers or clients on projects in design development stages, without having to “check with an engineer.”

“We can handle difficult building underpinning or shoring jobs that require an extra measure of care. With in-house finite element modeling, we can better address the movement of shoring systems during the design phase of a project. A thorough understanding of soil mechanics, soil-structure interaction, and staged construction is critical in reducing risks to our clients.”

Over the years, Subsurface has worked on many interesting and difficult projects. Shoring projects are typically required in and around hospitals, universities and downtown urban areas. “For shoring and underpinning work, we have expertise in riskier excavation projects where an existing building is involved and movements during excavation need to be limited.”

Subsurface has long been an innovator in shoring installation methods, says Sullivan. For example, the company’s unique driven soil nail wall system, under the right conditions, can cut the time it takes to install conventional shoring by 50 percent. Subsurface Construction applied this technique, as an example, to the Pitt County Memorial Hospital addition. Here the team could fully utilize its driven soil nail system.

“This system consists of driven soil nails and a flexible face with all components engineered and tested. We were able to shore 17,000 sq. ft. of soil nail wall in 17 days, a schedule that is hard to produce using conventional methods.”

Another complex project was the UNC Skipper Bowles Duct Bank project, where Subsurface worked in conjunction with Mid-Atlantic Infrastructure Systems. Here, a large electrical duct bank that fed the entire UNC hospital system was parallel to, and 25 ft. directly above, a failing culvert. “The culvert had to be replaced by cut and cover methods and the owners wanted to limit the movement of the critical duct bank to ¼” during excavation and replacement of the culvert. To make things more interesting, the fill above the culvert was primarily composed of blasted rock.” 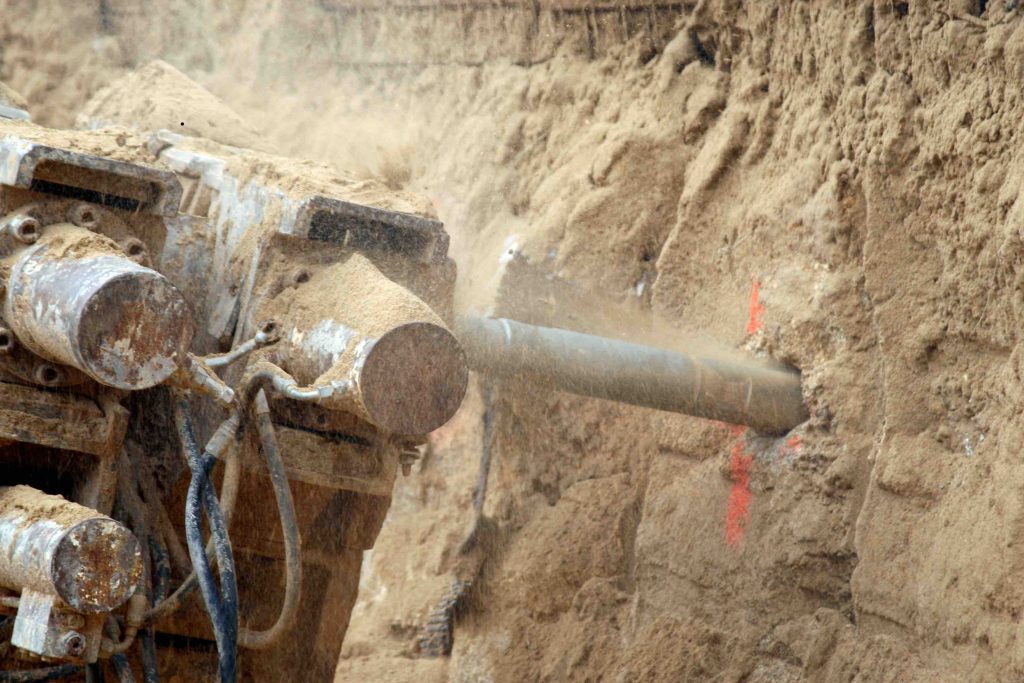 Sullivan says his team designed an elaborate shoring and monitoring system that allowed for adjustments in design and installation during excavation. “Using instrumentation and analysis we were able to verify the lateral pressures used for the design, and then modify anchor loads as necessary during excavation to minimize movement. The project was completed successfully with little or no lateral movement of the duct bank.”

Another unique advantage of Subsurface Construction is that the company is wholly employee owned. Employees create the vision and strategic planning for the company in lieu of a distant owner. “Many of our owners work in the field alongside our laborers, thus earning their respect, while promoting the values and culture of our company.”

He says several of the owners also deal directly with clients, either in marketing, project management or field supervision. Clients understand they are dealing directly with an owner who has a vested interest in the successful outcome of their projects.

“While we take pride in our engineering abilities and ownership structure, at Subsurface Construction, our culture of honesty and integrity is at the core of who we are. We require all employees, top to bottom, to sign a contract that we titled “’The Subsurface Way’.”

This contract, Sullivan says, covers the safety of the entire team and includes specifics such as not cutting corners, a commitment to honesty and respect, and a dedication to providing creative and unique solutions. “We never lose sight of the fact that our shoring systems potentially save the lives of other workers.”

“In addition to our strong company culture, we ultimately want to inspire loyalty, fairness and unity to others in our construction community. It seems to us that these three particular traits have traditionally been lacking in the construction industry and we firmly believe that we can make a change through our words and actions.”

At Subsurface Construction, we want our words and behavior to define us – shoring, underpinning, micropiles and aggregate piers is are just what we do.”