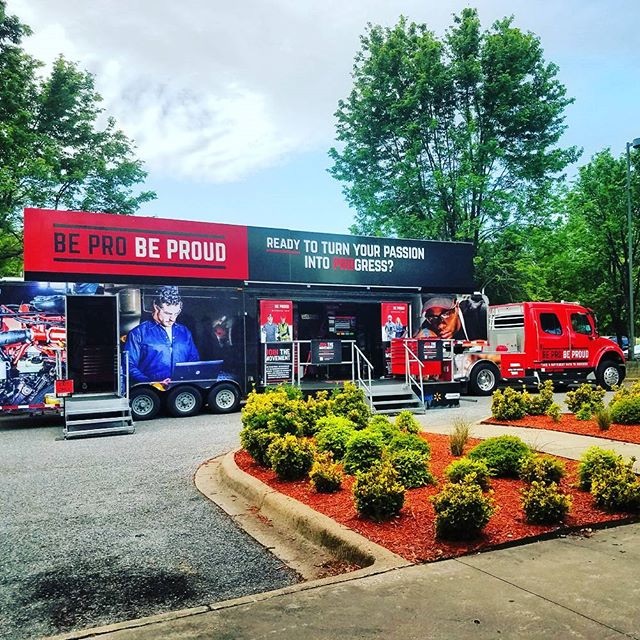 A small coalition made up of Carolinas Associated General Contractors (CAGC), the SC Trucking Association, the SC Homebuilders, and the SC Forestry Association, “who have tirelessly pushed for state funding to help promote the skilled jobs offered by our industries, were excited to share the vision” in late April “with our members and state legislators,” the CAGC has reported.

Th South Carolina Senate has approved a recurring line of funding in their version of the budget to help fund a “tricked out” 18-wheeler that will serve as a mobile workshop. The truck, if approved by the House budget conferees, will feature the following trades: CAD & Drawing, Pipe Fitting, Diesel Technician, CDL Driver, Carpentry, Electrical, Plumping, HVAC, Welding, and Heavy Equipment Operator.

The state of Arkansas rolled out the Be Pro Be Proud program a few years ago, which you can check out at www.beprobeproud.org.

“The coalition above, along with other related industries, is interested in seeing South Carolina support the funding of our own mobile workshop, Be Pro Be Proud SC,” the CAGC says.

A mobile workshop that can be taken to schools, DJJ, fairs, football games and that is designed to gain the excitement of kids through look, feel, and play, which will go far in piquing their interest in one or more of the involved industries. Earlier this week we were excited to have Gov. Henry McMaster headline a press conference supporting this initiative. In addition to Gov. McMaster we had Sen. Thomas Alexander who pushed the funding through in the Senate and Rep. Gary Simrill, House Majority Leader, join in the press conference as well. We also had several other legislators, state agency, and industry representatives who attended the conference and had the opportunity to tour the bus. Thanks to all our members who took time out to join us in Columbia this week.