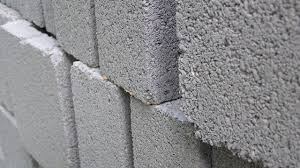 “Materials prices continue to be unusually well behaved, neither rising nor falling aggressively on a month-to-month basis,” said Associated Builders and Contractors Chief Economist Anirban Basu. “That said, there was some volatility in individual input segments, including natural gas prices, which were up 7.8 percent, and crude petroleum, which was up 7.1 percent,” Basu said. “These increases are at least partially explained by seasonal factors and do not likely foreshadow aggressive price increases going forward. At the same time, certain input prices fell, including softwood lumber, down 3.3 percent, and nonferrous wire/cable, down 1.4 percent.”

Overall, the nation’s wholesale goods prices expanded 0.4 percent in December and are up 1.2 percent year over year.

“While there is never a guarantee of input price stability, for now things seems reasonably calm,” Baus said. “The world economy is anticipated to accelerate this year to 3.6 percent growth, up from closer to 3 percent last year. That will help push the level of demand for construction materials higher, but not necessarily in ways that are especially damaging to a still-benign U.S. nonresidential construction industry outlook.”

•Fabricated structural metal product prices are up 0.1 percent and have risen 0.6 percent on a year-over-year basis.

•Natural gas prices rose 7.8 percent in December and are 4.9 percent higher than one year ago.

•Crude petroleum prices rose 7.1 percent in December and are up 7.4 percent from December 2012.

•Iron and steel prices expanded 1.6 percent in December but are down 5.9 percent from the same time last year.

•Prices for plumbing fixtures and fittings rose 0.1 percent for the month and are up 1.6 percent on a year-over-year basis.

•Steel mill products prices expanded 0.3 percent for the month but are 6.3 percent lower than one year ago.

A number of key construction inputs did not experience price increases for the month:

•Prices for prepared asphalt, tar roofing and siding declined 0.8 percent for the month but are up 3.6 percent from last year.

•Concrete products remained flat in December but are up 2.3 percent year over year.

•Nonferrous wire and cable prices shed 1.4 percent on a monthly basis and are down 3.4 percent from December 2012.

•Softwood lumber prices fell 3.3 percent for the month but are 6.6 percent higher than one year ago.