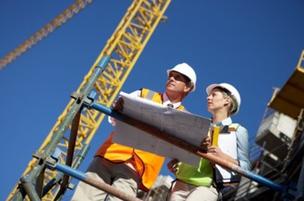 Construction employment hit a 50-month high as employers added 11,000 jobs in October, the fifth consecutive month of sector job gains, and the industry unemployment rate fell to 9 percent, according to an analysis of new government data by the Associated General Contractors of America.  Association officials said that the new employment figures indicate there was little nationwide short-term impact from the federal government shutdown and cautioned that skilled worker shortages are likely to grow as the industry continues to expand.

“After some very dramatic declines and years of sluggish growth, the construction industry is slowly adding jobs,” said Ken Simonson, the association’s chief economist. “The federal government shutdown did not appear to have undermined construction job growth in the short term probably because it did not significantly impact projects that were already underway.”

Construction employment totaled 5,834,000 in October, an increase of 185,000 from a year earlier, and is now at the highest level since August 2009. Simonson noted that the October increase was the fifth consecutive month of construction job growth. Meanwhile, the unemployment rate for workers actively looking for jobs and last employed in construction declined from 11.4 percent in October 2012 to 9 percent last month.

Nonresidential construction firms added 6,600 new jobs in October while residential firms added 4,800 jobs. Within the nonresidential sector, heavy and civil engineering firms – which are most likely to perform federal construction work – added only 200 jobs. The modest increase for that sector was likely caused by declining public sector demand and not the federal shutdown, Simonson noted.

“While we have a long way to go before construction employment hits pre-recession levels, we need to take steps now to keep up with growing demand,” said Stephen E. Sandherr, the association’s chief executive officer. “The last thing we want is for the lack of qualified workers to undermine the sector’s recovery.”  Read More.