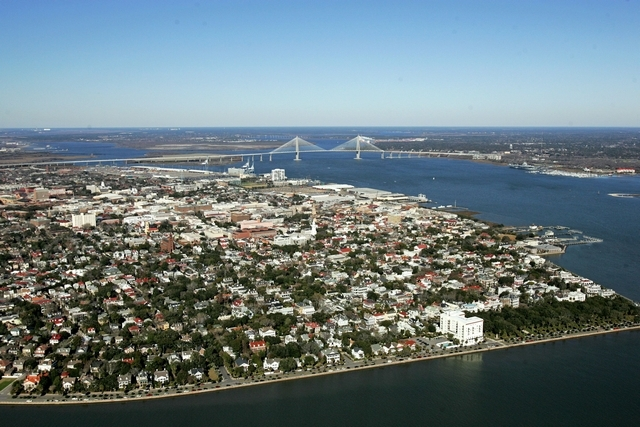 A lot of maritime jobs are riding on a few feet of mud and sand, reports the Post & Corrier.  Several ports along the South Atlantic are in a race to be deepened first to accommodate the bigger containerships expected to flow from the enlarged Panama Canal in 2015.

The competition is particularly intense between the South Carolina State Ports Authority and rival Georgia Ports Authority, both anxious for an edge that could send this wave of “post-Panamax” business to their terminals. But despite Georgia’s predictions that its project will be completed first, some South Carolina lawmakers say the race is tightening up and could be closer to a tie.

Georgia ports officials have said a 30-mile-plus stretch of the Savannah River will be deepened from to 47 feet from 42 by as early as 2016. Not so fast, according to S.C. state Sen. Larry Grooms, R-Bonneau, who is on a bistate panel that sued to block the $652 million project.  Grooms said this week that the timeline for the Peach State would get pushed back several years, partly because of delays from a lawsuit and from the deal that settled the legal challenge. “If they hit every hurdle and clear it, the project could be completed in 2019, no earlier than that,” Grooms said. “It’s a minimum of a six-year construction timeline.”

Another Low country Republican lawmaker who keeps close tabs on the port rivalry agreed. “I’d say (Charleston) is at even footing with Savannah now, with the exception that we have natural advantages Savannah does not,” said Rep. Jim Merrill of Charleston. “They still have environmental issues to be addressed and triggers to take the next step.”  A 2019 completion for the Savannah deepening would put it on roughly the same schedule as the Charleston Harbor project. Local officials are seeking to take the shipping channel to 50 feet from 45 by as early as 2019.

For now, the fate of the Charleston dredging is in the hands of the U.S. Army Corps of Engineers, which is studying the feasibility of the project. The agency is scheduled to make its recommendation to Congress in 2015. Jim Newsome, chief executive of the SPA, said that as ships get longer and heavier, water depth will be a key competitive factor for many ports in the coming years, including South Carolina’s.  “We have based our growth and investment plans on the reality that 50 feet is the required depth of a true post-Panamax harbor,” Newsome said. “Charleston is the deepest harbor in the region today and will remain the deepest in the future, positioning our port as the Southeast’s hub for exporting activity.”

Until recently, Savannah’s project faced a legal challenge. The bistate Savannah River Maritime Commission and environmental groups sued last year, alleging that the deepening would dredge up toxic cadmium.  The dispute was settled last week. Under the deal, the Army Corps must perform more mitigation, and Georgia’s port agency will pay $33 million in conservation efforts.  The terms also allow conservationists or state environmental agencies to scrap the entire settlement and go back to court if the Army Corps does not demonstrate a solution to low levels of dissolved oxygen in some parts of the river’s bottom.

Billy Birdwell, spokesman for the Army Corps’ Savannah District, said the federal permitting agency has not altered its timeline of 48 to 60 months for completing the Georgia deepening. Birdwell added that one key issue the agency is awaiting is federal funding. Dredging costs are split between federal and state sources.  The money issue in Georgia got a shot of hope this week when Gov. Nathan Deal said he would be willing to use state funds to start the work as long as the U.S. government promises to pay its share.

South Carolina is ready to dredge, regardless. The General Assembly set aside $300 million last year to cover the entire cost of the Charleston project, just in case the U.S. government doesn’t come through. Read More.