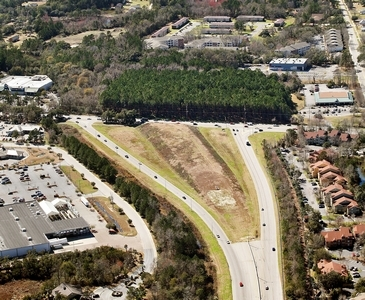 Carolinas AGC is urging its members and allied organizations to take action on several bills that are of interest to members of the SC construction industry:

Highway Funding: A Special Senate Highway Funding subcommittee has created a road funding plan of over $1.3 billion dollars. While the full Senate Finance Committee approved the plan by a vote of 145, it was approved with all members reserving their rights – which means the construction industry will see a fight on the Senate floor. You can View the plan by clicking here. Contractors should call their Senator and ask him/her to support the road funding plan that was added to H. 3412 and passed by the Senate Finance Committee.

Flow Control: Please contact your Senators and ask them to support H. 3290, the flow control bill. The House has already passed this bill. Contractors do not want to be forced, as HorryCounty is forcing its construction industry, to use a government owned facility to dispose of their C&D waste, at an inflated monopoly price. If legislation is not passed, more counties will likely follow HorryCounty’s lead. There is nothing business friendly about so called “flow control” ordinances that take away the ability of a business or industry to negotiate the best deal for services and thus to control its costs of operation. Currently, there is a minority report on the bill.  We need Senators to vote to put this bill on the Special Order calendar so it can be debated and then support to pass the bill before the session ends in June.

Pollution Control Act: Unfortunately, the full House adjourned last week before taking action on several bills that are of interest to Carolinas AGC and other members of the business community. One bill that did not get the needed 2nd and 3rd readings last before the crossover date was H.3925. This is legislation that will eliminate any uncertainty regarding the existence of a private right of action under the Pollution Control Act (PCA), to the contested calendar in the House. The passage of this legislation is needed because there is no PCA permit that can be applied for or obtained from the SC Department of Health and Environmental Control (DHEC); yet, businesses have been sued for permits that did not exist and which they could not obtain. The legislation simply eliminates the private right of action and mandates the use of the administrative remedy created in the 2012 compromise bill that passed at the end of last session.

DHEC Permitting: Another bill that didn’t get approved last week was, H.3827, which addresses final decision of review by DHEC on permits, to the contested calendar. The bill moves the process to give a final permit approval from the DHEC board to the Administrative Law Court. An amendment was adopted to allow the option to appeal to DHEC so that the agency is not taken out of the process completely, but still allows an applicant to head straight to the ALC if they so choose. This bill is designed to save applicants time and money and is expected to be considered by the full House this week.

Clemson Enterprise Act: Last week Clemson Enterprise was up for second reading prior to the May 1 crossover date. However, Sen. Shane Martin objected to it, which will most like kill the bill for the year. S.535 allows the Clemson University Board of Trustees to create the Clemson University Enterprise Act. The legislation will allow Clemson to publish and follow their own procurement code, which alleviates them from having to go through the Joint Bond Review Committee’s (JBRC) Phase I and Phase II process and to in turn be able to complete projects faster. This is a pilot project for Clemson and it will be reviewed in four years to see if it is working. Meanwhile, nothing stops the other four year colleges and/or tech schools from being able to file their own legislation allowing them the same relief from the state’s JBRC process.

False Claims Act Legislation: Last week Carolinas AGC, along with other allied organizations, signed on to a letter that was distributed to the SC House of Representatives urging House members to remove the False Claims Act (FCA) from H.3945, which is the House Ethics bill. The FCA would allow mini attorney generals to be deputized by private attorneys and they would be able to bring false or baseless while blower claims on the government’s behalf. Even though these lawsuits can be brought in the federal court already, if approved in South Carolina, would be overburdened and businesses would see even more backlogs. The amendment has been removed, but could very easily be added back in the floor this week, thus we will continue monitor it closely. Read More.

Model P3 Contract Must Include Payment Protection Provision for Subs