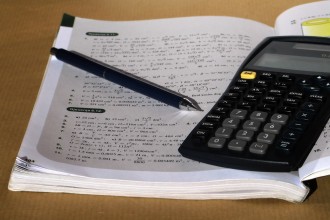 The American Subcontractors Assn. (ASA) provided members with an overview of the ‘fiscal cliff’ deal enacted by Congress on Jan. 1 and signed by President Obama on Jan. 2. “From a pure tax perspective, the construction community obtained several victories,” ASA noted. The report explains major provisions of the law, including:

–An increase in direct expensing amounts under Internal Revenue Code Section 179 for tax years 2012 and 2013: $500,000 can be written off in a year and a taxpayer cannot use the provision if more than $2,000,000 of equipment and machinery is purchased in the year. Neither amount is inflation-indexed.

–An extension of the 50 percent depreciation bonus through 2013.

–A permanent “patch” of the Alternative Minimum Tax, including indexing to inflation of income thresholds at which the tax may apply. The thresholds for 2012 income are $78,750 for married couples filing jointly and $50,600 for individuals.

–The continuation of 2012 dividend and capital gains rates at the special rates of zero and 15 percent, except for a new maximum 20 percent rate for individuals with taxable income over $400,000 ($450,000 for married couples).

–A permanent continuation of the estate tax provisions enacted in 2010, except for the top marginal rate, which increases from 35 to 40 percent. The exemption is $5 million inflation-adjusted (it was $5.12 million for 2012).

–An extension of targeted tax provisions, including: 15-year straight-line cost recovery for qualified leasehold improvements, qualified restaurant buildings and improvements, and qualified retail improvements; the credit for energy-efficient existing homes; and the deduction for state and local general sales tax.

–An extension of the research and experimentation credit for 2012 and 2013.

–The continuation of individual income tax brackets and rates at approximately the same levels as 2012 for individuals with incomes $400,000 and below, except for a new, higher 39.6 percent bracket for incomes over $400,000 for individuals ($450,000 for married couples). Brackets will be adjusted for inflation.

–The end of the “tax holiday” for the employee portion of FICA tax, which returns to 6.2 percent, from 4.2 percent.

Road Map to the Future Infrastructure Plan Presented to the SC...

Budget Issues to be Resolved in Last Official Week of the...