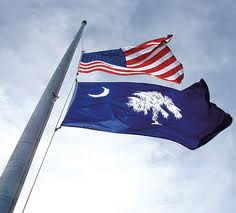 For the second year in a row, South Carolina has claimed the top spot among U.S. states in a report gauging the global impact of foreign-direct investment (FDI).

In the annual IBM-Plant Location International (IBM-PLI) Global Location Trends report released this month, South Carolina ranked first in the nation for per-capita employment by foreign-owned firms investing last year. The state grew its FDI-related employment in 2012 from 2011 and was ahead of Alabama, North Carolina, Kansas and Indiana, which rounded out the top five states.

Presently, there are more than 1,200 operations of foreign-owned companies located in the state, employing more than 100,000 South Carolinians, according to Commerce data. Since January 2011, the state has recruited $6.7 billion in capital investment from foreign-owned companies, with German, Japanese, French and Chinese firms representing the highest investors. More than 15,600 jobs associated with foreign firms have been recruited to South Carolina during that time.

The report noted that “in a global environment shaped by rapidly changing business dynamics and greater complexity” it is “becoming more important than ever for locations to understand and continually improve their value proposition to investors.”

“South Carolina has had a successful track record, going back at least four decades, in recruiting foreign-based companies to the state,” Secretary of Commerce Bobby Hitt stated. “Our skilled workforce, access to growing markets, business-friendly environment and our logistics infrastructure are key assets that make South Carolina particularly attractive for this kind of investment.”

The state’s FDI is largely concentrated in the manufacturing industry, with foreign-based manufacturers in the state representing some of the world’s most respected brands.

“Manufacturers operate in a fast-paced, interconnected global economy,” said Lewis Gossett, president and CEO of the South Carolina Manufacturers Alliance, the state’s largest association representing the manufacturing industry. “It speaks volumes of our State, its leadership and business environment, that foreign-owned companies view South Carolina as the best location in the United States to establish their facilities and be competitive in the international market. We are on the right track.”

Data in the Global Locations Trend report are derived from IBM’s Global Investment Locations Database (GILD), which tracks announcements by companies on their location decisions throughout the year, with a focus on job creation. The figures in the new report were based on data gathered in 2012.