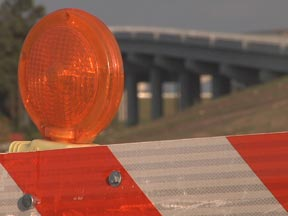 If the road to hell is paved with good intentions, then the path to solving the state’s roadway problems may be splayed with political wrangling, observes the Statehouse Report. South Carolina has the fifth largest road system in the nation with more 41,000 state-maintained highway miles. The state Department of Transportation gets $448 million in funding this year from gas and other special fuel-related taxes.

The DOT, which gets no other funding from the state’s General Fund, is also responsible for a laundry list of other maintenance nightmares, such as 8,360 bridges, 550,000 traffic signs, 115,000 miles of ditches, and 5,639 traffic signals and flashers.

According to “Getting to Good,” a presentation that state Department of Transportation Secretary Robert J. St. Onge made around the state earlier this year, it will take an one-time infusion of $340 million to get all of the state’s interstates to good quality and an additional $440 million to get primary roadways up to a similar level. Additionally, there’s hundreds of millions of dollars needed to widen lanes and reduce congestion on interstates throughout the state.

According to the presentation, it will take $35 million and $90 million annually to maintain the state’s interstate and primary roadways, respectively.

That’s a lot of cheese. The question becomes, how to pay for it all?

Rick Todd, president of the S.C. Trucking Association, said his organization is not against an increase in the state’s gas tax, one of the lowest in the nation, despite the direct economic effect it would have on his organization’s members.

Looking down the road, Todd said it was more important to have more good quality roads that could handle larger vehicles as the state’s economy continues to recover. Improvement to interstates, roads and bridges, Todd said, would increase business across the state.

Todd said he and other “user groups” that depend on highway and road transportation are all on the same page with the idea of having to pay higher taxes if that is what it means to make roadways safer and more reliable. According to state and other reports, a one-cent increase in the state gas tax would result in roughly $28 million a year.

South Carolina’s gas tax currently is 16.75 cents per gallon. Raising it by 15 cents a gallon to bring it in line with neighbors Georgia and North Carolina would generate some $420 million — every year — to help with much-needed maintenance and congestion improvements. Right now, officials say the state road system’s needs are in the billions.

S.C. Chamber of Commerce head Otis Rawl said his organization will give the legislature a laundry list of roadway improvements it would like to see tackled, but won’t advocate how the money is raised, or re-allocated.

But Todd stressed, it’s not really up to the business community to decide how the money is found. He said that the legislature, with all of its partisan politics, will have to come up with a fiscal solution, be it raising taxes or setting aside money like it did for harbor deepening in Charleston.

State Sen. Larry Grooms (R-Bonneau), chairman of the Senate Transportation Committee, was quick with where the money is not going to come from:

“There will be no gas tax increase,” said Grooms, who said that user groups like Todd’s had been pushing the idea for the better part of a decade. “But they keep coming up empty.”

Grooms, known for his limited government stances, argued this time that building and maintaining roadways are a key and crucial core mission of government.

As such, Grooms said he plans to introduce a bill when the next legislative session opens that will set aside 5 percent of the state’s General Fund budget to go to DOT in addition to the hundreds of millions the agency already gets from gas taxes. His bill also includes “trigger mechanisms” that will reduce the amount over five years if the state’s economy remains moribund.

The big worry across the state is that South Carolina will need to have a bridge disaster like the one that hit Minnesota five years ago before anything substantive is done to address the state’s ailing infrastructure. This is one of those crucial issues that needs to be tackled sooner than later, especially with lane widening needed along the I-26 corridor to take advantage of coming state port improvements there. If state government – from the DOT to the governor to the legislature – doesn’t get this right, then South Carolina will miss an opportunity to protect its citizens and significantly grow its economy. Read More.