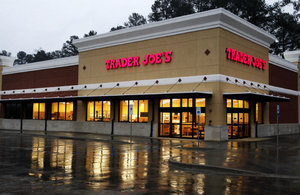 The Columbia area ended 2012 with the lowest vacancy rate in its retail space in more than three years, a new report shows. What does this mean?  More stores and more shopping, says The State newspaper.

People have more money in their wallets to spend as the economy improves from the worst recession in a lifetime and the unemployment rate declines. And that means retailers are snapping up spaces to get a piece of the action.

“Growing cities and populations are sought after by retailers looking to expand and branch out into new cities making Columbia a target,” reads the research report from Colliers International.

That was evidenced by highly sought-after grocer  Whole Foods opening its first Midlands location near the intersection of Fort Jackson Boulevard and Devine Street – and bringing with it a variety of local, regional and national retailers.

Trader Joe’s – another grocer with a cult-like following – will open nearby on Forest Drive in March or April, company officials have said.

A look at three other retail hot spots, according to the report:

• Harbison has been the hottest area for recovery during the past year, with vacancy rates falling to 9 percent from a whopping 12.8 percent the year before.

Columbiana Centre saw a number of changes during the year, including the opening of the area’s first free-standing  Sephora and a 9,800-square-foot  Love Culture.

Discount retailers also were hot, with  Off Broadway Shoes entering the market and the Once Upon a Child consignment shop doubling its size.

The area promises to continue to fill up in the coming year as construction has picked up at a new shopping center across the street from the mall, where developer’s plans call for a  DSW shoe store and a  HomeGoods. Efforts to reach those retailers for opening dates have been unsuccessful.

The biggest additions to the market there were a  Dick’s Sporting Goods along Two Notch Road and a  HomeGoods in the Village at Sandhill.

The biggest question mark is Killian’s Crossing, a planned lifestyle center along Killian Road near I-77 that would feature stores, homes and offices on a 400-acre tract. Workers began preparing the site last year for development, but, so far, no projects have been announced.

• Lexington did what Lexington does best – remained slow and steady. The area consistently boasts the lowest unemployment rate in the state, and its vacancy rates for retail match those low rates. The area’s retail vacancy rate was 3.3 percent at the end of the year, down from 3.4 percent last summer.

The area gained a few solid retailers, mostly in the South Lake Drive area, including  Dunkin’ Donuts and a revitalized McDonald’s.

But wait another year, and there could be big developments.

Charlotte-based  Stone Theatres said in the fall of 2011 that it would bring a 14-screen multiplex to a Corley Mill shopping center planned for U.S. 378 near Lexington.

Chief executive Herman Stone said the theater is ready to go as soon as developers land a deal with another major tenant to anchor the center – hopefully within the next few months – so construction financing can be combined. The original co-anchor fell through, slowing plans for development, he said.

Once construction begins, it will take about eight months to build the 55,000-square-foot complex, which will include a 425-seat Imax theater with a “super big screen,” Stone said.

Two fine dining chains also are looking to open in the shopping center once construction begins, he said.

“We are making good headway,” he said. “Lexington deserves a Columbiana (type theater), and that’s what I’m going to give you folks.”  Read More.

MOX Plant Projected to be Delayed Another Three Years