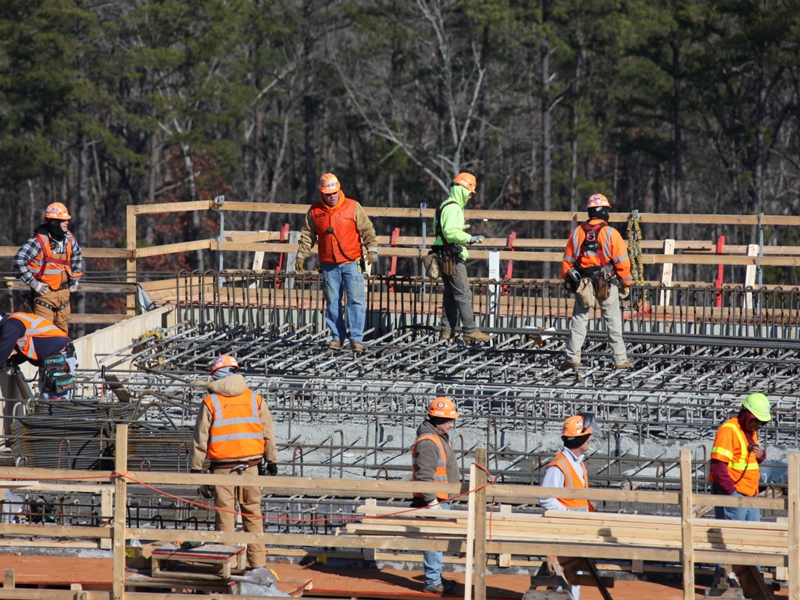 Reed Construction Data announced that the value of June construction starts, excluding residential contracts, fell 5.6% to $17.3 billion, after surging 44.3% in May. Since the starts data are not seasonally adjusted, caution should be used in analyzing monthly movements. Compared to June 2012, starts were down 20.3%. The year-to-date starts data, which totaled $109.5 billion, were down 21.6% from the same period in 2012.

Commercial starts have varied considerably over the past few months. In June, commercial starts plunged 45.6% after shooting up 72.3% in May. Year-to-date, they were down 6.6% from the same period last year. One of the few positives for this group was retail starts, which is the largest category in the group. Retail starts were up 10.6% for June and 5.7% year-to-date. Office starts, the next largest category, although down precipitously for the month (-61.3%), were up 2.9% on a year-to-date basis.

Industrial (manufacturing) building starts have experienced large swings in the monthly numbers. They sank a relative modest 4.0% in June after catapulting 69.7% higher in May. Year-to-date starts were up 24.3% from the same period in 2012.

Institutional building starts fell 14.0% in June after advancing 2.5% in May. On a year-to-date basis, starts were down 19.9%. Construction activity for the institutional building group has been sub-par this year. January through May Census Bureau NSA construction spending numbers for the group were down 7.1% from the same period in 2012. The outlook for the group remains poor in the near term, with starts for the largest spending category, schools and colleges, down 28.3% on a year-to-date basis. Further, year-to-date starts for the next largest spending category, hospitals and clinics, were down 6.5%.

The slowdown in nonresidential building starts is a reflection of the recent snail’s pace growth of the U.S. economy, with 1.8% first quarter real (inflation-adjusted) growth in gross domestic product (GDP). As a result, most companies have exercised more than the usual amount of caution in making investments in plant and equipment.

There are positives offsetting these negatives, helping to boost the economy and construction. These include continued historically low interest rates, despite some recent increases, and the strengthening residential sector. The outlook is for moderately improving economic growth, which will encourage nonresidential construction activity.

For the second month in a row, heavy engineering (non-building) starts were strong, soaring 56.5% in June after rocketing up 88.5% in May. Even with this recent strong performance in monthly starts, year-to-date starts were down 33.2% compared to the same period in 2012. Although all categories in the group increased for the month, on a year-to-date basis they were all down, with starts for the largest category in the group, roads and highways, down 26.1%.

Heavy engineering projects continue to be held back by cutbacks in government funding. New projects that are undertaken are usually the result of public-private partnerships. The reliance on these partnerships will be the norm for the rest of this year and beyond. Read More.