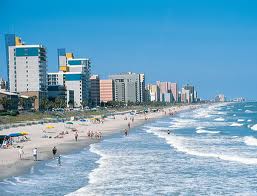 The Myrtle Beach Regional Economic Development Corp. has a 15-year, $60 million plan that it needs to sell to the Horry County Council, SC General Assembly and HorryCounty voters to move it to the action stage.  The Sun News reports the plan would invest more than $40 million in developing and improving industrial sites throughout the county and give EDC staff $18.5 million over 15 years to recruit businesses to fill them with an estimated $450 million in capital investment and 4,300 jobs. That in turn would create another 3,000 jobs, according to figures given to the EDC,  as well as an overall $315 million in annual payroll and $1.7 billion in output each year.

“We’re behind (in economic development tools),” consultant Mark Williams told EDC board members, “and we have to catch up if we’re serious about this.”

Williams’ presentation of a study he’s done on needed development sites highlighted the meeting where board chairman Doug Wendel and vice chairman Billy Alford unexpectedly resigned their posts effective Aug. 1.  The resignations came for personal reasons that Wendel wouldn’t elaborate on and Alford said were because of the expansion of his business into a new market and the need to help his son with his new business.

Wendel said he will still remain on the EDC’s executive committee and that he will keep his post as co-chairman of a two-state committee working to reinstate railroad service to Marion, Horry and Columbus, N.C., counties.

Fred Richardson of Grand Strand Water & Sewer Authority was named interim board chairman; Ebbie Phillips of Tyson Sign Co. the vice chairman; Neyle Wilson of Horry-GeorgetownTechnicalCollege, treasurer; and Laura Crowther of Coastal Carolina Association of Realtors, secretary. Richardson and Phillips had been treasurer and secretary, respectively, before the appointments.

Wendel said that the three-step sales job the EDC needs to do for its $60 million plan may involve lobbyists to help deal with legislators and a public relations firm to help sell the public for a referendum on a potential sales tax extension.

Williams suggested there are two obvious ways the county could raise $40 million for industrial sites: a 1.75-mill tax increase or a continuation of the one-cent RIDE tax. Other possibilities include help from utilities, a utility tax credit, partnering with the state Department of Commerce, commercial developers or the federal government.

“It’s all a big picture,” County Council Chairman Mark Lazarus said in trying to put the needed funding in perspective. “It’s all a long-term picture. We’ve looked short-term too long.”

Lazarus said that the $60 million wouldn’t be a major part of the anticipated $840 million revenue from a continuation of the RIDE tax. The EDC funding would take 7 percent of the total, and the remaining 93 percent could go into building roads that will be needed for the growth that comes with the new employers.  The new jobs, new roads and improved quality of life could all be selling points for voters.  A millage increase might be a harder sell especially, as Councilman Gary Loftus said, seven council members are up for election in 2014.

The RIDE tax extension, if it happens, would start after the current penny sales tax devoted to RIDE ends next year. To extend it and allow part of it to be spent on economic development would require the legislature to approve the extension and the new category for spending.

That can be a hard sell, too, some at the meeting said, but it may help to remind legislators how much more money the state will get from an expansion of business in Horry County. After all, new roads will carry more tourists to the Grand Strand.

The plan calls for developing a new industrial park somewhere in the S.C. 31/S.C. 22 corridor, putting options on land for a second industrial park and making improvements to the Bucksport marine park as well industrial parks in Cool Springs and Loris, among other things. The S.C. 31/22 corridor was chosen for the initial development because of the concentration of utility services already in place there.

The plan also envisions $700,000 annually for EDC operations and $600,000 for incentive payments to future employers. The $1.3 million total is the same amount the county recently agreed to give the organization for each of the next two years..

Wendel noted that the annual wages and output expected from the plan wouldn’t be just a one-time thing.  “These annualized returns keep on giving,” he said.

EDC board member Todd Woodard wondered if the group wouldn’t consider a less-aggressive plan that would not fund all the desired work at once and instead concentrate on funding those items with the highest anticipated payback.

Williams said that the payback seems greater for some places because some of the groundwork has already been done, but added that the ultimate decision rests with the County Council. Wendel said that the payback potential – $80 returned for every $1 spent – is substantial and suggested it could stand on its own.  “The return on investment is significant,” he said. Read More.