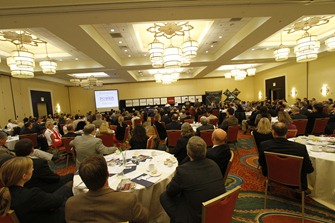 Transportation is a key concern for all four Lowcountry mayors as they look at the region’s development in the coming year. The mayors said they were optimistic about this year because of increased business interest and the return of construction. “We’re very pleased with what’s going on in the community,” said Keith Summey, mayor of North Charleston, at the Charleston Regional Business Journal’s Power Breakfast event. “We’ve been a blessed area.”

The mayors disputed the claim that people aren’t using bus transportation, but said there is still work to be done to encourage drivers to use alternative modes of travel. “They do ride the bus,” Charleston Mayor Joe Riley said. “We should celebrate the progress that is being made because it’s not insignificant.”

Public safety — especially for school children — was also discussed in light of the Sandy Hook Elementary School shooting and the recent incident at Ashley Hall. All the mayors agreed that it is the city’s responsibility to keep residents safe, and they said they believed that included the safety of children in schools.

Summey said he believed having police presence in schools would be a deterrent for future violent acts. “My council has voted and we are putting a police officer in every elementary school in the city of North Charleston,” he said.

Swails said that after the shooting his mind thought of the security of his 9-year-old granddaughter and those concerns led him to increase the presence of police in and around the schools in Mount Pleasant.

Earlier this week, Riley and Charleston City Council voted to approve the first reading of a property tax increase to fund the hiring of 19 police officers for the sole purpose of school security. The officers would be in teams of three and assigned to zones to patrol and engage with the schools located there.

For economic development, the mayors are focused on improving the quality of life through live-work arrangements and the growth of in-demand industries including manufacturing, tourism and technology.

“I think we have to be business friendly,” Summey said. Read More.