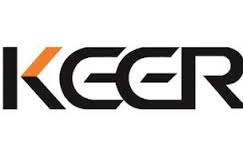 Chinese textile company Keer Group has selected Lancaster County, S.C. for its first facility outside of China. The company’s $218 million investment is expected to create 501 jobs within five years.

“During our search, South Carolina quickly rose to the top of our list,” said Zhu Shan Qing, chairman of Keer Group. “We chose to locate our first U.S. facility in South Carolina for a number of reasons, which include the state’s workforce, proximity to cotton producers and access to the port. We look forward to a successful partnership with the state and the local community as we get this facility up and running during the next year.”

Keer will construct and operate a 230,000-square-foot manufacturing facility in Indian Land, located in Lancaster County. There the company will produce industrial cotton yarn, taking advantage of South Carolina’s location within the heart of the nation’s cotton-producing region. Keer expects to break ground on the facility in early February.

“Keer’s commitment to our state is a strong testament to South Carolina’s pro-business environment and capable and ready workforce,” said Gov. Nikki Haley. “We welcome Keer to South Carolina and celebrate their $218 million investment that will create 501 jobs in Lancaster County.”

South Carolina leads the U.S. in foreign-affiliated job recruitment per capita according to IBM’s Global Location Trends report, and Chinese firms in particular represent an important and growing part of the state’s business community. From 2011 to 2013, China was the fourth highest nation in foreign-direct investment to South Carolina, behind Germany, Japan and France. In 2012, a record export year for the state with $25.3 billion in goods exported, China ranked third globally in receiving product from South Carolina.

“South Carolina has long been a strong player in both manufacturing and foreign-direct investment,” said Secretary of Commerce Bobby Hitt. “Foreign-owned companies employ more than 100,000 South Carolinians today and are located in nearly every county. China represents an opportunity to continue that growth trend.”

The state’s logistics capabilities was an important driver of the company’s decision, and yarn produced in Keer’s facility will be exported in containers to China via the Port of Charleston.

Chairman Zhu added that South Carolina’s China Office played an important role in introducing the company to the state.

“Through Mr. Ling Xinwei (John Ling) from the South Carolina Department of Commerce China Office, we became introduced to South Carolina’s capabilities and assets, which helped make this project a reality,” Zhu said.

Keer expects to begin hiring personnel during the second half of 2014 and is actively working with readySC, the state’s workforce training and development program that comprises all 16 of the state’s technical colleges.

“We are so honored and excited about this wonderful opportunity to work with Keer Group and bring high value textile jobs and this major investment to Lancaster County,” said Keith Tunnell, president of the Lancaster County Economic Development Corporation. “Chairman Zhu and his management team have been outstanding to work with and they will be excellent corporate citizens.  This is one of the largest onshorings back to the U.S. of a textile operation in recent memory and we are grateful for the opportunity to partner with the company.  We look forward to a long and prosperous relationship and we welcome Keer to America and Lancaster County, South Carolina.”

Since January 2011, South Carolina has recruited more than $10 billion in capital investment and more than 28,000 jobs in the manufacturing sector.