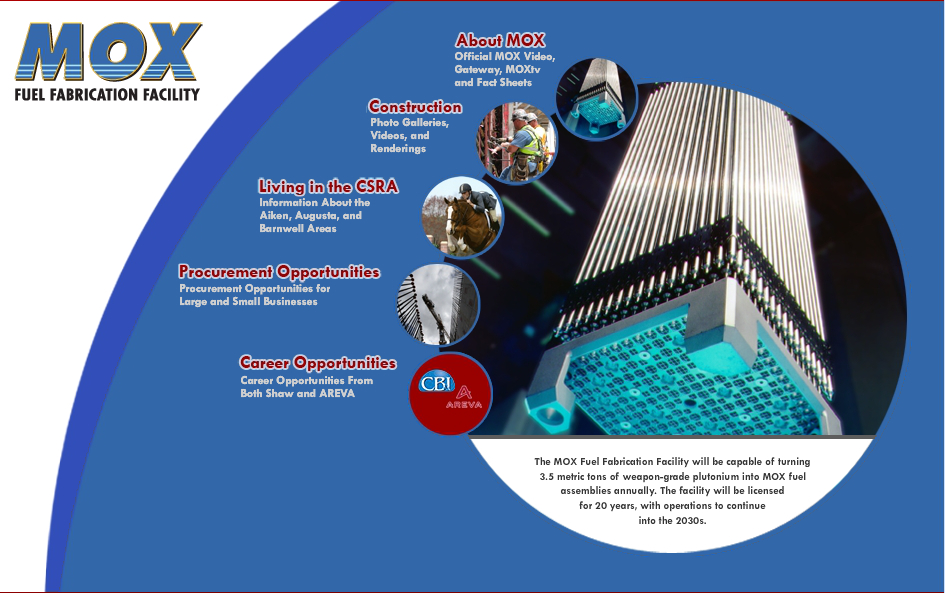 The federal government said that construction will continue this year at a nuclear reactor fuel project at the Savannah River site, The Associated Press reports.

Plans to mothball the multibillion dollar program eventually are still in the works, according to federal authorities. Those plans mean work at the mixed-oxide fuel facility will go on through the fiscal year that ends Sept. 30. In a budget request submitted to Congress earlier this year, the Obama administration proposed suspending the project known as MOX, saying it is too expensive and that another method needs to be found to dispose of the plutonium.

“We will continue with construction activities through 2014, retaining the key nuclear engineers and other highly-skilled workers that will be needed regardless of the path forward,” Josh McConaha, spokesman for the National Nuclear Security Administration, said in a statement to The Associated Press.

Construction began in 2007, but the project has undergone years of delays as costs have continued to rise to nearly $8 billion. The facility is slated to open in 2016, and federal officials now say it will cost about $30 billion over the years it’s in use.