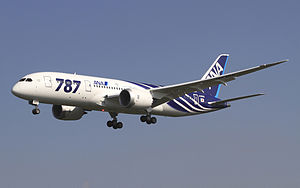 Boeing’s 787 Dreamliner may be grounded, but the production and construction show at the airframer’s North Charleston complex goes on, reports the Post and Courier.

As if to demonstrate the company’s continuing confidence and investment in its prized but troubled jet, less than two weeks after the Federal Aviation Administration action last month, construction began on yet another expansion at Boeing South Carolina, a new Dreamlifter Operations Center.

Dreamlifters are modified Boeing 747s that ferry sections of new 787s from suppliers around the world to North Charleston and Everett, Wash., and between those two final-assembly sites. There are four of the huge, white-and-blue freighter jets in service, and they can often be seen parked toward the back of the local Boeing plant at Charleston Internatoinal Airport.

The operations center will be located at the mid-fuselage assembly building that Boeing expanded last year, adding a staging area for parts ready to be shipped out via Dreamlifters.

Construction of the operations center began Jan. 28, according to a notice filed this month with Charleston County. Boeing South Carolina spokesman Rob Gross confirmed that construction is under way without revealing more.

Gross said the “Dreamlifter Operations Center will be used to support Dreamlifter operations logistics in South Carolina. It would be premature to discuss further details at this point.”

That included how the North Charleston Dreamlifter operations center will compare with its counterpart under construction in Everett.

That facility will “include three stalls for Boeing 747 Dreamlifters, 25,000 square feet of warehouse space, 10,000 square feet of office space and an aviation refueling station,” according to the Everett Herald newspaper. Snohomish County will foot the cost for that $25.6 million facility, which Boeing will rent. Gross would not say how much the local expansion will cost, but Charleston County Councilman Elliott Summey said the county would not be involved.

The construction of the Dreamlifter operations centers comes at a pivotal moment for Boeing and the 787.

After more than three years of delays, Boeing had delivered 50 of the technologically advanced jets by early January when, in the course of a week, two 787s owned by Japanese airlines experienced smoky battery malfunctions.

The FAA, which ordered a comprehensive review of the 787 program after the first incident in Boston, grounded all American 787s after the second in-flight incident over Japan, and all international authorities and airlines followed suit.

In the weeks since, government investigators have been trying to understand what happened, and Boeing has been working feverishly to develop a fix. Last week the company pitched its plan to the FAA, but when the planes will be permitted to fly again is an open question.

Meanwhile, Boeing South Carolina has begun work on the stretch version the Dreamliner, the 787-9.

The campus is also in the middle of construction projects, expanding the aft-body factory and paint facility, that will help increase its future production capacity.

Boeing South Carolina has rolled out eight 787s so far, four of which were delivered to Air India last year. The other four remain grounded on the campus flight line.

Separately, Boeing is in negotiations with the Charleston County Aviation Authority to buy 320 acres along International Boulevard across from its campus for future development.

Boeing also wants the right of first refusal on 488 acres straddling Michaux Parkway over to Dorchester Road and bordering the Charleston Air Force Base, and the option to buy the 265 acres on which its existing plant is built. It now leases that land. Read More.