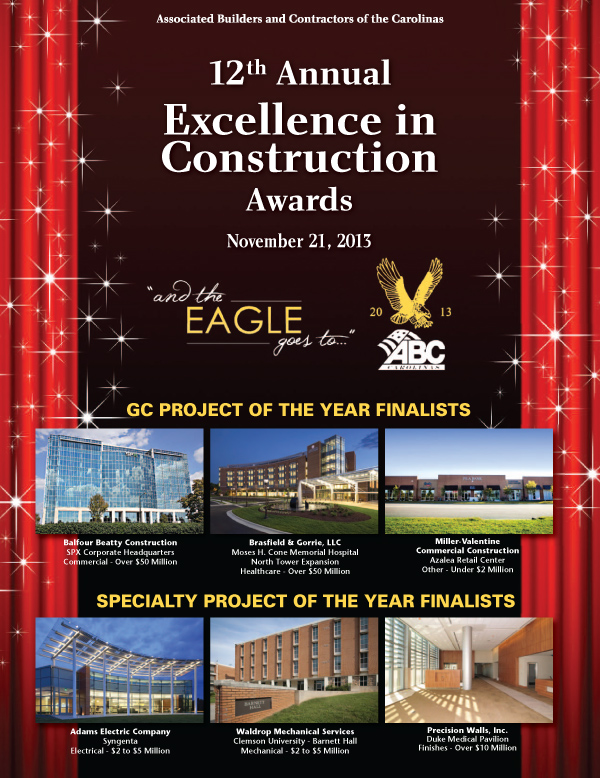 The Associated Builders and Contractors of the Carolinas (ABC) announced the recipients of the construction industries premier awards, the Excellence In Construction Awards. The Awards were presented at the 12th annual EIC banquet at the Westin Hotel in Charlotte, NC.

The pinnacle of the ABC of the Carolinas Excellence in Construction Awards is the Project of the Year Award. To earn this prestigious award, contractors must demonstrate a superior level of performance, excellence in meeting or exceeding project quality requirements, design specifications, safety procedures, project team collaboration, overcoming unique obstacles and meeting the project schedule.

“The EIC Awards showcases the best of the best construction projects in the Carolinas,” said Doug Carlson, ABC President & CEO. “These projects exemplify the expertise of our skilled craftsmen and women, building some amazing churches, schools, hospitals and commercial buildings.”